How Wildfires Are Making Some California Homes Uninsurable

It hasn’t gotten any better this year. The Mendocino Complex Fire in August was the biggest in state history, and the Camp Fire that wiped out the town of Paradise is the deadliest. It had destroyed nearly 12,000 homes as of Monday morning.

This has put pressure on property insurers, some of which have been declining to renew homeowners’ policies in fire-prone areas. When the houses that burned this year are rebuilt, their owners may find that no one is writing insurance there — at least not at affordable prices.

“We’re not in a crisis yet, but all of the trends are in a bad direction,” said Dave Jones, who is completing his eighth and final year as California’s insurance commissioner. “We’re slowly marching toward a world that’s uninsurable.”

Here’s what you need to know about California’s slow-motion insurance crisis.

Who is being wiped out?

Millions of Americans want to live in what experts call the wildland-urban interface — quiet, scenic realms where towns and cities end and forests, grasslands or scrublands begin. For decades, the number of people moving to such places has grown, and today about a third of all American housing stands on the wildland-urban interface. But houses close to vegetation pose complex risks — including the danger of fires.

Of California’s eight million houses, about three million stand on the wildland-urban interface. And of those, 1.7 million are considered highly prone to wildfire. Real estate agents warn home buyers, but they pay little attention, said Alice Hill, a research fellow at the Hoover Institution who studies climate change and other catastrophic events.

She ignored past warnings herself, she said. When she lived outside Los Angeles, she received a notice from the local fire department, saying that her property was at extreme hazard and would not be defended in a wildfire.

“It didn’t change our landscaping,” she said. “We planted trees right next to the house” — a big no-no in fire country.

And when insurance premiums spiral upward, she said, many people try to save money by cutting back on their insurance coverage, or dropping it entirely.

“It’s a known risk, and people just hope it won’t happen to them,” Ms. Hill said.

What is California doing about it?

To protect homeowners from unnecessary rate increases, California requires insurers to justify increases with reams of data showing that their cost of paying claims is rising. And after a catastrophic year, insurers are not allowed to raise rates right away, but must phase in the increase over 20 years.

After last year’s fires, United Policyholders, an advocacy group, heard from homeowners who had received letters from their insurers, stating that their coverage would end in 45 days. The group set to work with regulators and lawmakers on a legislative package that would have required insurers to seek state approval before pulling out of high-risk areas, mandated discounts to policyholders who fireproofed their homes and given regulators the power to make sure that insurers’ wildfire models were sound.

The only provision that became law was a two-year moratorium barring insurers from dropping policyholders for two years after a “covered disaster,” said Amy Bach, the group’s executive director.

Insurers are also stepping up home inspections, she said, sometimes disqualifying houses with risks they hadn’t cared about before.

When that happens, the owner must try to find coverage elsewhere, possibly from a “non-admitted” insurer, one that does not meet the state’s regulatory standards. That can be risky. If all else fails, they can get insurance from California’s property insurer of last resort, the FAIR Plan.

How does that work?

The FAIR Plan was set up in 1968, after riots prompted property insurers to pull out of the Watts section of Los Angeles. It has since evolved to also provide coverage for people shut out of the market because of wildfire risk.

“The FAIR Plan is designed for people who cannot find insurance — it can’t just be because they dislike the rate,” said Mark Sektnan, a vice president of the Property Casualty Insurers Association of America, who represents the industry in California, Hawaii and Nevada.

The FAIR Plan is operated by the industry — without taxpayer dollars — and is required to charge rates that reflect risk, so it isn’t some kind of bargain. And it covers only fire-related risks; a homeowner is still expected to buy coverage elsewhere for theft, liability, flooding and other perils.

The program covered 4,269 homes at extreme risk of wildfire in 2017, up from 3,861 extreme-risk homes in 2014. The numbers, though growing, remain low because the FAIR program screens applicants to be sure they cannot get insurance elsewhere. Because of the new two-year moratorium on non-renewals, there will be a lag before victims of the current fires start to show up in the FAIR Plan’s statistics.

Florida had its equivalent of the Camp Fire in 1992: Hurricane Andrew, which killed 44 people and damaged more than 730,000 homes. At the time, it was the worst natural disaster in state history in terms of insured losses, causing nearly $25 billion in such damage in today’s dollars.

The storm also wiped out about a dozen insurance companies, said Don Griffin, the Property Casualty Insurers Association’s vice president for policy research. The state’s two biggest, State Farm and Allstate, had to borrow money from their auto-insurance affiliates to pay homeowners’ claims, he said.

The big insurers mostly pulled out of the state, and in the retrenchment that followed, Florida set up its own homeowners’ insurer, Citizens Property Insurance.

At first, it filled the gap in the market. But Citizens was not required to match its rates to its risks, and it ended up underpricing the remaining insurers. At its peak, Citizens had a quarter of the homeowners’ insurance market in Florida, Mr. Griffin said.

Mr. Sektnan said, “If they had had a major hurricane then, there are people who would tell you it would have taken the whole state down.”

Eventually, Citizens came under criticism and sold off many policies to private insurers. Today, Citizens’ market share is about 5 percent, and it functions more as an insurer of last resort.

Ms. Hill, the Hoover researcher, said she wondered whether the wildfires would force California to expand the FAIR Plan and even subsidize it with state money. But Florida’s experience has left the industry wary of a public insurance enterprise.

So far, Mr. Sektnan said, homeowners are not clamoring to join the FAIR Plan. He thought that the state’s insurance market remained healthy and that most people could still buy adequate coverage.

Is there anything else that can be done?

It’s worth looking at a fire-mitigation program in Colorado.

In 1989, Boulder County had what is known locally as the Black Tiger Fire. It was small compared with today’s conflagrations — 44 houses burned down — but it prompted the county to set up a program to harden its roughly 8,000 houses against fire.

The county dipped into its own budget, got federal and state grants, and consulted with insurance and real estate specialists to establish a program called Wildfire Partners, said Jim Webster, the program coordinator.

After nearly 30 years, Wildfire Partners does not take all comers. Successful applicants receive an inspection from a fire-mitigation specialist like a retired fire chief, who issues a report on what the owner must do to eliminate vulnerabilities — which include openings that embers could fly into, combustible trees like junipers and flammable building materials like cedar shingles.

It can take a homeowner years to receive a certification, and that does not necessarily translate into discounted premiums — but it does mean insurers will not refuse to insure the house.

About 1,800 homes in the county are certified, and seven other counties have introduced the program, Mr. Webster said. People support the program, he said, because the certified homes did not burn in later fires — even if their neighbors’ did.

An earlier version of this article referred imprecisely to Hurricane Andrew as the worst natural disaster in Florida’s history when it occurred in 1992. While it caused more monetary losses than earlier storms, it did not cause more deaths. 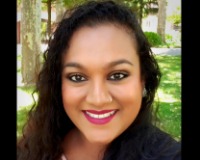 With Rents On The Rise Is Now The Time To Buy

With Rents on the Rise – Is Now the Time To Buy?According to recent data from realtor.com, median rental prices have reached their highest point ever recorded in many areas across

Home Sellers: There Is an Extra Way To Welcome Home Our VeteransSome veterans are finding it difficult to obtain a home in today’s market. According to the National

A Look At Housing Supply And What It Means For Sellers

A Look at Housing Supply and What It Means for SellersOne of the hottest topics of conversation in today’s real estate market is the shortage of available homes. Simply put, there are