This Is A Great Read

One home got 14 offers. Another, none. What’s up with Sacramento’s real estate market?

A spacious Rocklin home sits on the market for weeks with no offers. At the same time, a tiny bungalow in South Land Park gets 14 offers immediately.

The Sacramento real estate market has officially softened. Buyers are choosy, seemingly picking well-kept and well-priced homes in desirable neighborhoods, and taking a pass on homes that come in over-priced or in need of fixing.

Home sales have dropped 18 percent in the Sacramento region in September compared to the same month the year before – making this the lowest September sales since 2011, according to new data from CoreLogic, a real estate data consultancy.

Homes are still selling, and sellers are often getting their asking prices, but it’s become a hit-or-miss moment for sellers.

“The market is stabilizing,” said Paula Swayne, an agent with Dunnigan, Realtors. “Hopefully, we are (entering) an equitable market for buyer and seller. If priced right, you’ll get an offer or two in the first two weeks.”

“I like this market better, to be honest,” Swayne said. “Everybody wins.”

Swayne scored the 14-offer sale in Land Park last month – a sale she says that shows even though buyers are cautious, the market is not dead, and that a neatly kept, moderately priced home in a good neighborhood will sell fast and at asking price or higher.

Her Land Park home was particularly compelling. Tiny, at 900 square feet, it was in great shape in a coveted neighborhood and came at a rare sub-$300,000 price.

At the same time, a six-bedroom Rocklin house went unsold even though buyers dropped their price last month to $538,000. It is now off the market.

Barbara Lebrecht of the Galster Real Estate Group said the home was competing against a “glut of inventory in a small suburban area where new homes are being built ... and buyers have a lot of choice.”

Local real estate analysts Ryan Lundquist said the local home-buying market is in a lull moment, but that’s not unusual for this time of year, and “not so painfully dull that buyers aren’t making offers.”

His analysis shows that 40 percent of September home sales had multiple offers. It’s happening, though, on houses that are in very good shape, he said.

“Buyers are more sensitive. They want a better housing product. We are in an age when granite and quartz (counter tops) are normal. What buyers want is that move-in condition when possible.”

The Sacramento regional trend mirrors what is happening around California in the last four months.

CoreLogic reports the number of homes sold in the San Francisco Bay Area in September was off 18 percent from the previous year. In Los Angeles, the decline was 19 percent.

“The double whammy of higher prices and rising mortgage rates has priced out some would-be buyers and prompted others to take a wait-and-see stance,” said Andrew LePage, a CoreLogic analyst.

The California Association of Realtors last week reported that softening home prices have made it marginally easier to buy in recent months. Still, only 27 percent of California households could afford to buy the median-priced home in the state last month. And housing affordability remains far below what it was in 2012 when 56 percent could afford the median.

While the median price of homes sold in many areas has been stable or even inched downward in recent months, rising interest rates continue to make it hard for many would-be buyers to get into a home.

That is considerably higher than in the Bay Area, where homes are typically three to four times more expensive, and the affordability percentages are in the teens and twenties.

The median price in Sacramento County for home sales in September nudged up slightly to $365,000 from the previous month, August, when it was $360,000, according to CoreLogic. Placer and Yolo saw slight increases as well, and El Dorado County remained the same. 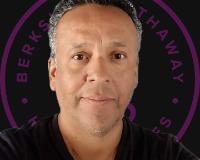