What Is New In The Sacramento Restaurant Scene For 2019

Sacramento’s dining scene seems to slowly mature every year as the farm-to-fork movement evolves and restaurants go in and out of business. It’ll surely look slightly different at the end of next year as well. How, though?

The culinary scene became shaped by diet preferences and metropolitan development, by a never-ending debate over the definition of “local” and the influence of a celebrity chef. Each of these five questions has the potential to send ripples through Sacramento’s dining and drinking scene.

Self-identifying vegans made up just 1 percent of the U.S.’s population in 2014, per GlobalData. By 2017, that number was up to 6 percent. Though no reputable statistics exist for how many locals follow plant-based diets, Sacramento restauranteurs seem to have caught onto people’s shifting dining preferences.

Barring extensive construction delays or a project falling through the cracks, a pair of vegan-only restaurants ought to open within a block of each other in 2019. Burger Patch started selling plant-based fast food in Golden 1 Center in October while waiting for its 23rd and K Street location to open, while Good Vibes Vegan Cafe & Herbs will offer paninis and smoothies.

Watch for more and more places to start incorporating vegan options — not merely offering cashew cheeze as an alternative choice, but pairing its flavor with agreeable pizza toppings to make a menu mainstay. Perhaps that’ll be explored in what is arguably Sacramento’s most competitive zone for restauranteurs, where the question is ...

2. HOW WILL THE 3 BIG DOWNTOWN DINING PROJECTS FARE?

Downtown Commons has 15 restaurants and bars already open, plus three more under construction. Developers sank more than $60 million into revitalizing the block of 7th and K streets, where nine restaurants and bars will lie under The Hardin’s 137 apartment units. The Bank will have at least 12 local food and coffee vendors at seven stands when fully outfitted, plus bars on all three levels.

That’s a combined 37 new places to eat and drink in a three-block radius, not to mention locally-sourced food inside Golden 1 Center or nearby independent places such as Camden Spit & Larder or Brü Co., which popped up within the last year. Maybe they’ll all be able to coexist without driving one another out of business. Or maybe a market previously starving for dining options will overcorrect, forcing some of the places under.

All three projects have tied their hopes to basketball games and concerts at Golden 1 Center, where the Kings’ 2017-18 reported attendance eclipsed 100 percent thanks to the occasional sale of standing-room-only tickets. There’s limited room for arena crowd growth, scant housing and little non-culinary entertainment planned for the immediate surrounding area. A few blocks away, there’s another question centered around one night in September ...

3. WHO WILL HEAD THE TOWER BRIDGE DINNER, AND WHY WILL IT MATTER?

After years of drawing from Sacramento’s pool of accomplished chefs, Visit Sacramento brought California cuisine founding father Jeremiah Tower in for the 2018 Tower Bridge Dinner. Tower ran Chez Panisse’s kitchen during the Berkeley restaurant’s heyday in the 1970s before opening the aptly-named celebrity hangout Stars first in San Francisco, then disappearing to Mexico for much of the last 20 years.

Ticket sales were never the dinner’s problem; the 80 or so unreserved by repeat donors were usually scooped up in 30 seconds before Visit Sacramento implemented a lottery system two years ago. No, choosing Tower was an effective PR stunt that attracted attention from culinary insiders around the U.S. and allowed Visit Sacramento to bump ticket prices from $199 to $240, proceeds from which went toward that year’s Farm-to-Fork Festival.

Visit Sacramento isn’t sure yet if it’ll land another high-profile chef of Tower’s caliber, spokeswoman Kari Miskit said. Opting for a safer choice such as Ed Roehr of Magpie or Chris Barnum-Dann of Localis would keep the Tower Bridge Dinner a sellout event that only people in the Sacramento area have heard of; scoring an Alice Waters or Wolfgang Puck would serve as another feather in the cap of the city’s burgeoning culinary scene and might help solve another awareness issue ...

4. WILL ANYONE OUTSIDE OF SACRAMENTO RECOGNIZE RESTAURANTS NORTH OF DOWNTOWN OR SOUTH OF LAND PARK?

2018 was the year of the Sacramento profile. After a little flick called “Lady Bird” was nominated for five Academy Awards, features on this sleepy city to the east of San Francisco began appearing in The New York Times, the Washington Post, Thrillist, the Travel Channel and others.

In each article, the places highlighted are trendy farm-to-fork restaurants that scream “see, we’re not just a cow town!” or oddities such as Dive Bar. Noticeably absent are the mostly-humble digs run by immigrants and their children in the city’s north and south neighborhoods, where pupusas go for $3 and a large banh mi costs $4. One exception: a recent New York Magazinestory where the writer handed the keyboard over to Federalist Public House co-owner and South Sacramento native Marvin Maldonado.

These are the places that reflect Sacramento’s status as one of the United States’ most ethnically diverse cities, and ignoring them gives readers from around the world an incomplete view of what makes it unique while preventing those statistically poorer regions from reaping tourism benefits. It’d be nice to see a nod to the Vietnamese restaurants on Stockton Boulevard or the taquerias off Fruitridge and Florin roads, places overlooked — admittedly, sometimes even in this newspaper — because of their general interest in the chopping block over the cutting edge. Mom-and-pops are used to getting overlooked by hot new things, not to mention high-dollar propositions such as ...

Golden Road’s path into Sacramento was hardly gilded. The Southern California brewery — bought by industry giant Anheuser-Busch InBev in 2015 — had hoped for a low-stress launch for its open-air beer garden at 19th and L streets, a well-trafficked corner where City Suds laundromat once stood.

The week of the launch, though, the Sacramento Area Brewers Guild distributed a statementblasting Golden Road’s corporate ownership and calling on consumers to buy independently-produced local beer. Customers still came out in droves — so many, in fact, that neighbors complained to city officials, who realized they had failed to properly condition the brewpub’s state ABC license and slapped it with a noise violation.

Neighborhood groups opposing a similar Golden Road project in Oakland used the Sacramento miscues as ammunition, Berkleyside reported, and the company scrapped those plans in October. The midtown brewpub has maintained steady foot traffic throughout its first seven months, but the headaches of opening might make other conglomerate-owned breweries think twice about opening in Sacramento.

For what it’s worth, recently retired UC Davis professor Charlie Bamforth told The Bee in an August interview that he thought Golden Road wouldn’t be the last corporate-owned brewery to open a Sacramento outpost. Time will tell if “The Pope of Foam’s” has any foresight for 2019. 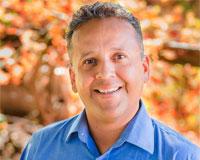 Why Right Now May Be The Time To Sell Your House

Why Right Now May Be the Time to Sell Your HouseThe housing market made an incredible recovery in 2020 and is now positioned for an even stronger year in 2021. Record-low mortgage interest&

Will Forbearance Plans Lead To A Tsunami Of Foreclosures

Will Forbearance Plans Lead to a Tsunami of Foreclosures?At the onset of the economic disruptions caused by the COVID pandemic, the government quickly put into place forbearance plans to allow

What Does 2021 Have In Store For Home Values

What Does 2021 Have in Store for Home Values?According to the latest CoreLogic Home Price Insights Report, nationwide home values increased by 8.2% over the last twelve months.

Is This The Year To Sell My House

Is This the Year to Sell My House?If one of the questions you’re asking yourself is, “Should I sell my house this year?” consumer sentiment about selling today should boost your